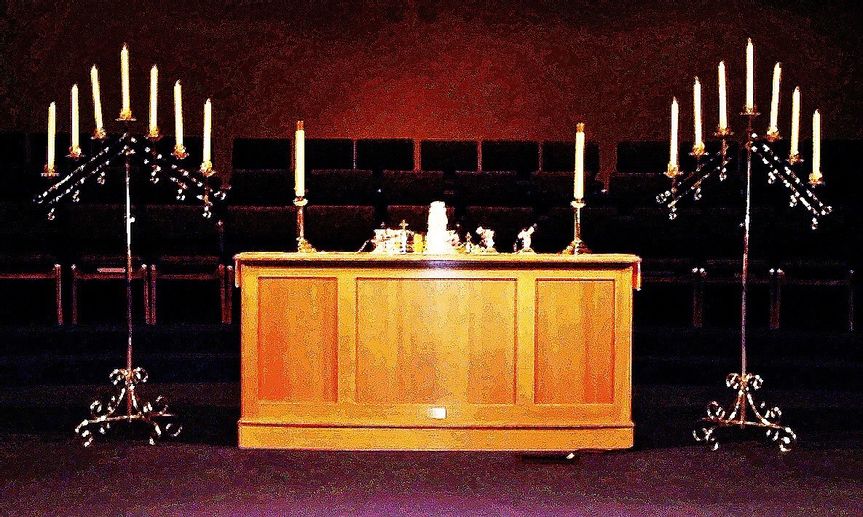 Listen to “Gospel of John9 (part1) Jesus Heals the Blind” on Spreaker.

Jesus performed a miracle by recreating the eyes of a man who was born with congenital blindness (verse 1). Four features highlight this healing:

(1)  The problem that precipitated the healing (verse 1),

John 9:1 “And as Jesus passed by, he saw a man which was blind from his birth.”

The fact that this man was blind from birth brings us to believe that a creative miracle would be needed here. This man had not lost his sight from an accident, nor had he gradually lost his sight. Jesus does not overlook the needs of people, even though He is just passing by.

The controversy arose during the Feast of Dedication.

John 9:2 “And his disciples asked him, saying, Master, who did sin, this man, or his parents, that he was born blind?”

There was a Jewish belief that all suffering was punishment for sin (compare verse 34). But how could a person have sinned before birth? The Jews considered human life to begin at conception (Psalm 51:5; 139:13-16; Jer. 1:5; Gal. 1:15). Thus, they thought one could theoretically sin even before birth.

While sin may be a cause of suffering, as clearly indicated in Scripture (See 5:14; Num. 12; 1 Cor. 11:30 and James 5:15), it is not always the case necessarily. The disciples assumed, like most Jews of their day that sin was the primary, if not exclusive, cause of all suffering. In this instance, Jesus made it clear that personal sin was not the reason for the blindness (see verse 3).

A very good example of sickness without sin is Job. It seems, though these disciples walked with Jesus most of the time, they still misunderstood much of His teaching. If this man’s sin made him blind, how did he sin before his birth? You see, that statement could not be true, because you must live before you yourself sin.

John 9:3 “Jesus answered, Neither hath this man sinned, nor his parents: but that the works of God should be made manifest in him.”

We see here, an answer to many of the people today who preach that sickness means you have sinned. I say again, not all sickness is caused by sin. You see, God had a purpose in this man’s blindness.

Jesus did not deny the general connection between sin and suffering, but refuted the idea that personal acts of sin were the direct cause. God’s sovereignty and purposes play a part in such matters, as is clear from (Job chapters 1 and 2).

Many dear saints have been made to feel guilty about disease in their bodies. God has many purposes unknown to us. One of the best examples, I believe, is Paul. God would not take his thorn in the flesh away, so that Paul would remain humble. We are not told specifically what disease Paul had, we just know that God refused to heal him for a purpose.

Most people are closer to God when there is a problem in their life. The purpose of this man’s blindness is to show the creative power of the Lord Jesus. I say creative, because he had never seen before. The Lord must create sight for him.

John 9:4 “I must work the works of him that sent me, while it is day: the night cometh, when no man can work.”

Just as Jesus says here, that He must work while it is day, we must do the same.

“While it is day”: Jesus meant as long as He was still on earth with His disciples. The phrase doesn’t not mean that Jesus somehow stopped being the light of the world once He ascended but that the light shone most brightly among men when He was on the earth doing the Father’s will.

After we have died, it is too late to go out and do the things God called us to do while we were on earth. The called of God are called to complete a mission on this earth. The job God called you to do, is not for your life in heaven, but is a call to work here on this earth.

Jesus was on a mission. He knew His time on earth was limited. He must complete His mission as the opportunity arises now.

These words are in red in the Bible which tell us that Jesus spoke these words Himself. He is the Light. Those who do not receive Jesus, even now, are living in darkness.

We have already studied in this teaching on the Book of John that Jesus said “I am the light of the world: he that followeth me shall not walk in darkness, but shall have the light of life.” When it became dark for three hours at Jesus’ crucifixion, Satan thought he had defeated Jesus. He was really disappointed when Jesus rose from the grave.

Not only was Jesus spiritually the light of the world, but He would also provide the means of physical light for this blind man.

John 9:6 “When he had thus spoken, he spat on the ground, and made clay of the spittle, and he anointed the eyes of the blind man with the clay,”

As we said in an earlier verse, since this man was blind from birth, this needed to be a creative miracle. Man was made from the dust of the earth. Perhaps, that is why Jesus picked up a hand full of clay to anoint his eyes with.

As He had done when He originally made human beings out of the dust of the ground, Jesus may have used the clay to fashion a new pair of eyes.

John 9:7 “And said unto him, Go, wash in the pool of Siloam, (which is by interpretation, Sent.) He went his way therefore, and washed, and came seeing.”

The term “Siloam” is Hebrew for “Sent”.

The pool of Siloam was southeast of the original City of David. Its water source was through a channel (Hezekiah’s tunnel), that carried water to it from the spring of Gihon in the Kidron Valley. It may be identified with the “lower pool” or “old pool” mentioned (in Isaiah 22:9-11). Water for the water pouring rites at the Feast of Tabernacles was drawn from this pool.

This going and washing are an act of faith upon this man’s part. Sometimes Jesus would say, your faith has made you whole. Had this man not believed that he would be able to see when he washed, he would not have gone to wash. This was an outward sign that he believed. His faith shown by his action activated his healing.

John 9:8 “The neighbors therefore, and they which before had seen him that he was blind, said, Is not this he that sat and begged?”

These neighbors had to be astonished at him being healed. They had seen him from his birth and knew that he was blind. They even knew he had begged, because he could not make a living being blind. They could not believe their own eyes.

This type of miracle was so outstanding that many around just could not believe it. His appearance had changed also. The eyes give off such expression that having his eyes open did alter his appearance. We see here though, that he answers and says, it’s me.

In ancient times, such severe physical deformities as congenital blindness sentenced a person to begging as the only means of support. The drastic change in the healed man caused many to faithlessly believe that he was not the person born blind.

John 9:10-11 “Therefore said they unto him, How were thine eyes opened?” “He answered and said, A man that is called Jesus made clay, and anointed mine eyes, and said unto me, Go to the pool of Siloam, and wash: and I went and washed, and I received sight.”

Now that he can see, they are curious about how this happened. You see, this man does not even realize that Jesus is Messiah. He calls Jesus a man. Something had caused him to believe and to obey Jesus, and his sight was restored.

Jesus had sent him to the pool of Siloam. He didn’t go back to Jesus, so he doesn’t really know where Jesus went, or even who Jesus is.

John 9:13 “They brought to the Pharisees him that aforetime was blind.”

The people also wanted advice from their local synagogue and religious leaders.

John 9:14 “And it was the sabbath day when Jesus made the clay, and opened his eyes.”

Once again the issue of healing on the Sabbath arises. Surely Jesus healed on other days as well, but John chooses to record healings that dramatize the conflicts between Jesus and the Jews.

These Pharisees have already been seeking to accuse Jesus and get rid of Him. As we said before, they were jealous because Jesus was doing miracles that they could not do. The worst accusation they could make of this was that He had done this on the Sabbath.

No one, except the man, seems to be pleased about his sight being returned. These Pharisees and the people who brought him to the Pharisees are so caught up in the letter of the law, that they have overlooked the fact that a fantastic miracle has occurred here. I cannot believe they want to punish anyone for doing good to this extent.

This is like much of the knit picking that goes on in today’s churches. They get so caught up in carrying out their rules and doctrines that they miss God’s real message. Being technical about the Bible will get us nowhere with God. God wants us to understand the deeper meaning in our Spirit and heart.

John 9:15 “Then again the Pharisees also asked him how he had received his sight. He said unto them, He put clay upon mine eyes, and I washed, and do see.”

We see here jealousy to the utmost. These Pharisees were not concerned that the man could see, all they wanted to do was get enough evidence so they could accuse Jesus.

John 9:16 “Therefore said some of the Pharisees, This man is not of God, because he keepeth not the sabbath day. Others said, How can a man that is a sinner do such miracles? And there was a division among them.”

We see a division among these Pharisees. Some would not believe that He was any more than a man guilty of breaking the Sabbath, regardless of how fantastic the miracles He did were. Earlier the crowds were divided in opinion regarding Jesus (7:40-43); here the authorities also became divided.

The reasoning may have been that since Jesus violated their interpretation of the Sabbath law, He could not be the promised Prophet of God (Deut. 13:1-5).

Some of the others however, were beginning to realize that no mere man could do these miracles. This has to be Messiah. This division still exists today. It is the believer and the nonbeliever.

1. How long had this man been blind?

2. The fact he had been blind this long indicates what kind of miracle is necessary?

3. What question did the disciples ask Jesus about the man’s blindness?

4. How did Jesus answer them?

5. What was the purpose of his blindness?

6. This question the disciples asked showed what about themselves?

7. What makes the disciples’ question ridiculous?

8. Who prayed three times to be healed and was told no?

9. What was his disease?

11. What are the called of God, called to complete?

13. When did Satan believe he had beaten Jesus?

14. What actually did Jesus do to the blind man?

15. When Jesus did that, what did He tell the blind man to do?

16. When the blind man obeyed Jesus, what did that show?

18. When he did what Jesus said, what happened?

19. In verse 8, who had difficulty believing this miracle?

20. What question did they ask the man?

22. What were they accusing Jesus of?

23. What caused the divided opinions?

24. Who did they mistakenly believe Jesus to be?